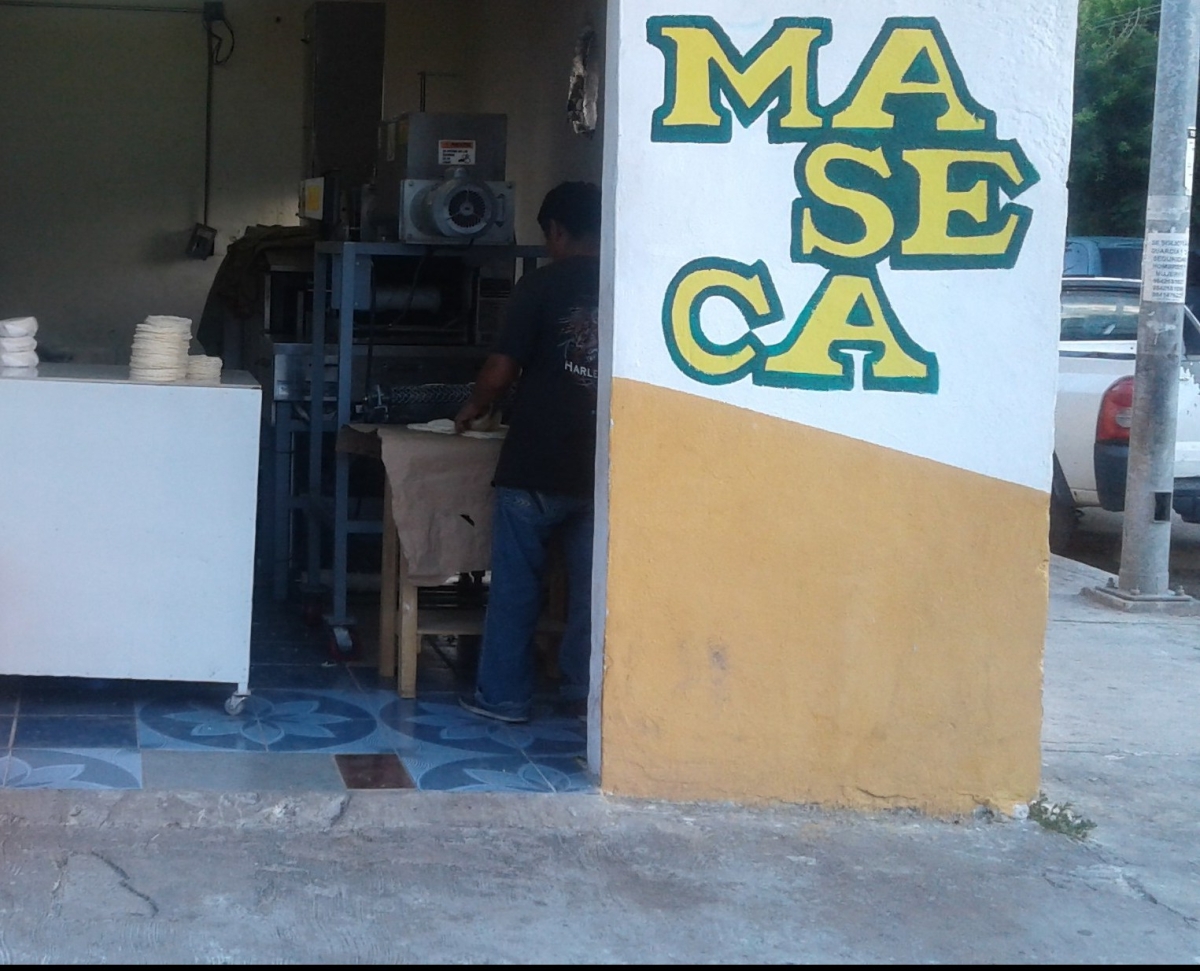 On the way to my pre-dawn basketball shooting routine, I pass by three mom and pop tortilla-making shops. Old machinery clacks away by the hour, stacking the corn tortillas that will supply the local restaurants. Other small shopkeepers are setting up their produce of fresh vegetables, fruit, and eggs in the narrow street. The bakery vender pedals his bike with a front-loaded basket on wheels, loaded with fresh bread and pastries, squeezing a toy horn to announce his arrival as he slowly moves through the neighborhood. A flatbed truck loaded with propane tanks cruises the streets, blasting recorded music through tinny loudspeakers, announcing its product to prospective customers. Workmen with reflective orange vests and bag lunches trudge toward their steamy ten-hour day. And then there’s me, an old white guy carrying a basketball, in shorts, tank top, and fluorescent orange tennis shoes. I catch their eyes and we nod and smile, greeting each other in our native tongues.

Yesterday morning´s shooting took a wild twist. He had been watching me and eyeing my backpack at the foot of the basket. He grabbed a trash bag and started helping the old maintenance man pick up trash, working his way closer to me as I was shooting hoops. I thought it strange; the old guy had never had a helper before. Did he just want to make a few pesos?

Then he made his move, from my left side. By the time I saw him, he was already rifling through my stuff. He went for my small backpack, an easy grab, but it was empty, but then he saw my cell phone under it and grabbed that instead. The race was on.

He was young and fast and bolted around the side of the court and into the street. One thing that he didn´t figure into his plan was how fast this old man could run. The thought of losing my phone in Mexico, a major hassle beyond just the expense, fueled my sprint, amazing myself, the thief, the elderly maintenance man, and several mothers who were walking their children to school.

Holding up my basketball trunks, that were not accustomed to this kind of speed, I kept yelling, “STOP, THIEF” to whoever would listen and care. After the first block, at which point I was totally gassed, a small posse began to form at the next crossroads. The thief hoped to allude them by bolting to the left down another street. Now, he was out of my sight and I feared he would get away.

I don’t remember if I prayed earlier, but now I shouted out to God, “DON’T LET HIM GET AWAY!” Whether it was angels or men who blocked his escape, I never saw them, but he quickly tore back through the intersection, back into my sight and into the next street, but now the net was closing in on him. My posse had fresh legs, and the thief had mostly used his up, but he made one last impressive surge to outrun them and he almost made it, before a young strapping man in a work uniform corralled him around the neck like a rugby front-liner and dropped him with an open-field takedown. Now, the posse formed around him like coyotes celebrating their kill.

When I lived in South Africa, I learned the term “township justice.” When the neighborhood vigilantes would run down a thief, they knew the police wouldn´t do much, so they owed it to the community to mete out the punishment themselves. Playing the role of judge, jury, and chastiser, they tied the thief to a tree and, well you can guess the rest.

My posse practiced their own township justice. As the thief laid on the ground, surrounded by four court members, they took turns punching and kicking him. Each time he pleaded his innocence, they kicked him again. By the time I finally caught up, I had missed the trial, but since it was an open and shut case, they didn´t need my testimony.

I yelled down at the thief, “WHERE’S MY CELL PHONE?” While the three others continued administering justice, the rugby front-liner thrust my phone toward me, as if he was presenting it as a trophy of his Mexican manhood. Winded, relieved, and grateful, I thanked the four of them, while they continued performing their duties.

Playa del Carmen is a safe area—all of the State of Quintana Roo, also known as the Riviera Maya, is fairly crime-free, notwithstanding the lone thief and the occasional cartel member. They know tourists live among them, and they welcome them, boosting their struggling economy, and they and the police are motivated to protect them.

I´ve been thinking about that scripture that says, “faith without works is dead.” In prayer, I needed faith to believe God for what I was asking for. I had demonstrated at least mustard seed faith simply by asking God. But I also needed to do the part God wanted me to do. Sometimes God wants us to “stand down” and just trust Him with our prayers, but I´ve usually found He wants us to get involved.

If I hadn´t chased the thief, but instead, stayed on the court and prayed for God to stop him, though God certainly could have done that, I doubt He would have. But because I was participating, I saw God move in a way that gave Him glory.

I mean, what kind of story could I write if the thief had escaped?

A former pastor and missionary for over 30 years and now an author of two novels, Alan Kern lives with his wife Laurie, who is convalescing as a stroke survivor. They live on Oregon’s spectacular northwest coast, where they continue to plot more books on historical fiction, time-travel, romance, married love, disability, spiritual abuse, and non-religious Christianity. View all posts by Alan Kern Books