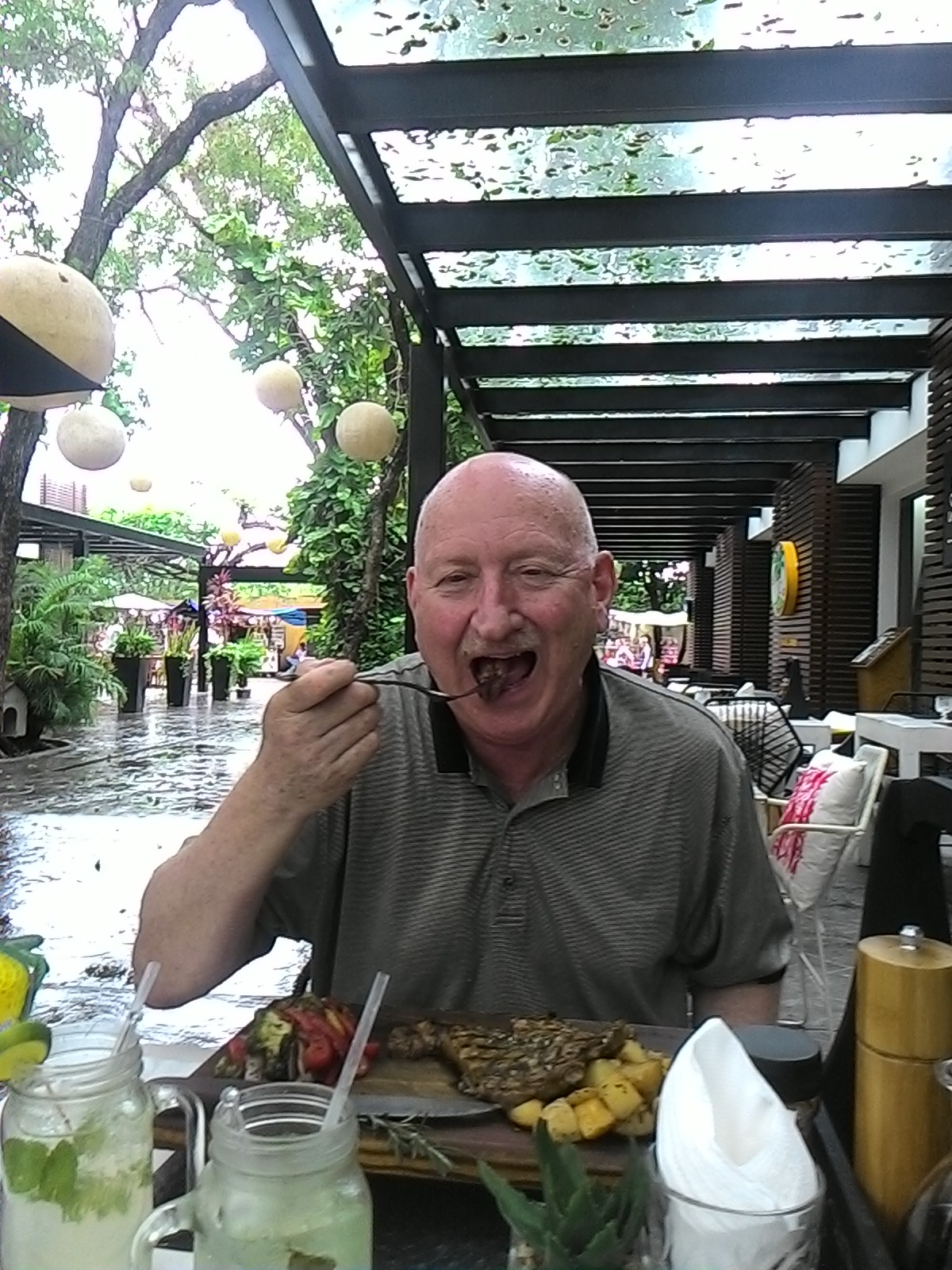 I haven’ blogged lately because I’m doing the final edit of my novel: Working title, When Elephants Fight. It should be out in e-book by the end of June and I expect all three of you following my blog to buy ten copies each and tell fifty friends to do the same. Or not.

In shooting “hoops” this morning, a teenaged boy, who had been sleeping on the court, was awakened by my playing. He packed up his sleeping gear, and noticing a few coins I had by my stuff (I no longer bring my cell phone, for obvious reasons), he asked me if he could have a one-peso coin, about a nickel in U.S. change. I gladly gave it to him. Had he asked for much more he would have gotten it.
A recent sermon from our new pastor here at Cornerstone Church, preached recently on prayer. One particular statement he made has stuck with me: ¨When you pray, pray for large things. God likes to be challenged.” Just like that boy who only asked for a single peso, I know I have often asked too small of very large and generous God. So, Laurie and are asking for enough funds in our budget, after we visit family in Oregon, to be able to live wherever we like, in an English speaking Caribbean island, so we don’t have a language barrier.
Yesterday, as I was walking some distance to a pharmacy to get medications for Laurie, I felt God’s presence, actually I have felt Him closer for the past two months, ever since we arrived in Mexico and Laurie had her stroke. I thanked God for His presence, favor, and provision for our lives (the insurance company covered our medical bills). I felt Him speak back to me that He’s always been there. I knew this was true, in theory, but most of my forty-one years of salvation I’ve never felt Him this close. I don’t have anyone now between me and God interpreting this relationship for me, and that has made the difference.
Laurie received some wrong medications two weeks ago and it set her back physically. She’s back on the right stuff now and is much better again these past few days, the strongest she’s been since the stroke. She spent the entire day, church and a restaurant with no wheelchair, only a cane 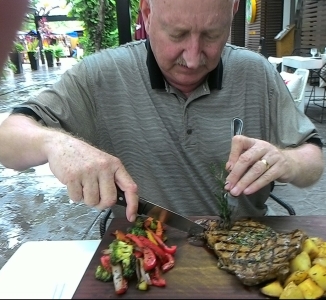 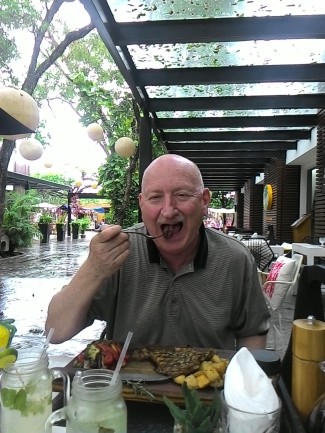 Today was Father’s Day and she took me out for the biggest ribeye steak I’ve ever seen. The owners of the restaurant, 500 Gramos Grill, Josie the Italian chef and Maury from Chile, told us Mexico has great cuts of steaks, but they don’t know how to fix them (no argument from me). 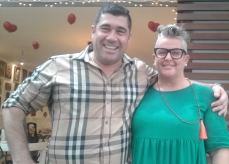 Truly, it was the best steak of my life. Happy Father’s Day to all.